The exceptional and highly talented French rugby player, Antoine Dupont has been named World’s Best Player. This recognition has been awarded to Dupont by Rugby World, one of the best selling and leading rugby magazine.

Rugby World is a London, UK based magazine supporting and featuring all news about sports. They have named Antoine Dupont as the best player in the world due to his continuous meritorious performance. The scrum-half player, who plays for Toulouse joined the sports in the rugby season of 2017 – 18.

Since Thierry Dusautoir, Antoine Dupont is the third Frenchman to win such a prestigious award. Dusautoir got such recognition back in 2011, who got retired in 2015. What makes Dupont an exceptional player is that he received such accolades at a very young age, where his whole career is right in front of him.

From 2000 to 2011, Dupont remained associated with Magnoac FC during his amateur time. Later Dupont joined Auch, a commune as a junior. From 2011 to 2014 he was part of the Auch commune.

At Toulouse School of Management, Antoine Dupont took his master’s degree in Sports Management. During his studies, he joined Castres in the Top 14 position. This happened after the downgrade of Auch commune in the 2013 – 14 Rugby Pro D2 Season. He remained part of Castres from 2014 to 2017.

Due to impressive gameplay, Stade Toulousain announced the recruitment of Antoine Dupont for their 2017 – 18 Season. And since 2017, Dupont is an essential part of the team for Toulousain. Antoine Dupont started his international career in 2016 when he was selected for the France U-20 team. The team was taking part in World Rugby Under 20 Championship for 2016. This was the time when his phenomenal talent got the exposure he always wanted. Antoine Dupont became one of the leading stars of the championship, scoring 36 points, including 5 tries.

During the same year, Dupont got selected for the French Barbarian team. With great team effort and Antoine Dupont’s fascinating performance, the team beat their rivals, Australia. In 2017, Dupont was called up to the French first team ahead of France’s fourth Six Nations Championship. The match was against Italy and Dupont appeared as a replacement for Maxime Machenaud. This was his debut in that game and he came on for Baptiste Serin in the 72nd minute. It was eventually a 40 – 18 away win for the team.

In 2021, Antoine Dupont helped Toulouse complete their European Champions Cup and the Top 14 double with brilliance. He also captained and led France throughout the autumn series. The main highlight of the series was beating All Blacks, the New Zealand team on their home soil. France was able to beat New Zealand in rugby for the first time after 2009. It was a historical victory after 12 years! All thanks to Antoine Dupont and his smart intellectual game plan.

Did you know, Antoine Dupont crossed for three tries in Guinness Six Nations. Les Bleus finished all three as runner ups. However, later he brought three consecutive wins in the Autumn Nations Series. The National Team of Rugby in France also appreciates the flawless contribution of Antoine Dupont in France’s Autumn campaign. He played a crucial role as Fabien Galthié’s men who secured the first win in New Zealand after ages.

During the mid of 2019, Antoine Dupont ranked at 47th position. And in 2021 achieving the title of “World’s Best Player” is something extraordinary. It shows how far Dupont has come and how incredible his games have been.

Rory Lawson, the former rugby player of Scotland praised Antoine Dupont by saying that he doesn’t have any weakness at all. He has never found any flaw in his game and loves his strength and genuine sports.

Antoine Dupont becomes the third French player to win such an exceptional award. Before him, Thierry Dusautoir received the award. The second one was Fabien Galthié, who is now the head coach of Les Bleus. What makes Antoine Dupont different is that he received such a prestigious award at such a young age. It indicates the level of his game, commitment towards rugby, and promise towards his team and country.

Rugby World magazine calls Antoine Dupont a fast-developing young French talent. He is one of the favourite players ahead Rugby World Cup that is expected in 2023.

During an interview, Antoine Dupont shared how unbelievable it is to be marked as “World’s Best Player” by Rugby World magazine. He expressed his joy and proudness with utmost gratitude towards his fans. He also shared how incredible and surreal it feels to be blended with top French players like Thierry Dusautoir and the head coach Fabien Galthié. He felt dreamlike to get featured alongside the legends of French rugby stars who changed the face of the sports.

Antoine Dupont is also named as “2021 Player of the Year” in the Rugby category. It is his smart work with commitment and dedication that brought him to such a stage in the early time of his career. Dupont stated in another interview that he had a lot of fun in 2021 while playing his favourite sports. He believed it was the luck of the team to produce such a good result together. It was an extraordinary season that he will remember for ages.

The World Rugby, who is governing body of the Rugby Union, has licensed Antoine Dupont as a player to be included in a collectable card set. You can find your favourite French player in the leading Rugby cards. 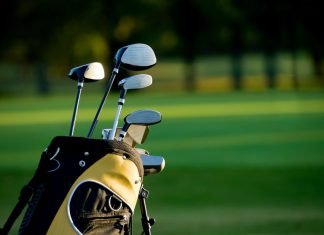 Editor - June 22, 2022 0
When it comes to golf, your choice of equipment can make or break your game. If you’ve ever found yourself using an unfamiliar set of...