Everyone loves a retro classic kit. There is often sentiment involved or a mental association with certain players who wore them or a football tournament. Some shirts are iconic for the right reasons, and some for the wrong.

It’s a great question to ask what makes football iconic. For me as an Irish Liverpool supporter, my treasured childhood memories go hand in hand with classic kits. As such my list is dominated by the 1988 Euro’s and 90’s World Cup and the players that made them so standout. This was my true introduction to football, not just watching Liverpool on the TV. 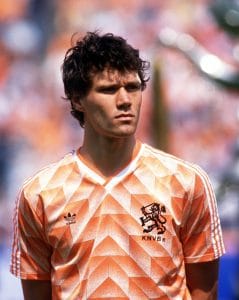 For a tournament when Ray Houghton scored for Ireland to beat England, it’s perhaps a surprise my standout memory would be something else. Any child of the 80’s will know Marco Van Basten’s spectacular volley to win the final against The Soviet Union (USSR/Russia for the younger generation). But the jersey is about more than possibly the greatest goals in the history of the European Championships and Van Basten’s hat-trick to dump out England. The Dutch side had Ruud Gullit and his dreadlocks, and Frank Rijkaard and Ronald Koeman playing liquid football from the back. It’s a classic shirt; a pyramid design in orange and the classic KNVB lion. Italia 90 was quite frankly the best World Cup ever, and not just for the range of Adidas kits and some truly outrageous Goalkeeper jerseys. Jack Charlton’s Ireland qualified from the group stages at a toss of a coin. As kids, we had the panini Sticker album with the stick figure mascot to complete. Pavarotti’s Nessun Dorma song still makes me think of Toto Schillaci scoring for fun. And Cameroon introduced African football to the world with Cameroon’s 38-year-old Roger Milla dancing after each goal in the corner flag to basically invent the goal celebration. And Gazza’s tears in the semi-final were one to remember. 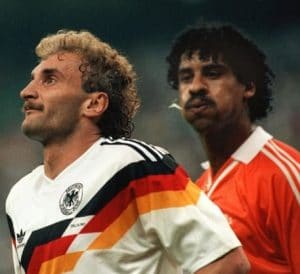 Beckenbauer’s West Germany cruised the Tournament in their last solo outing after the Berlin wall had fallen. This golden era saw a plethora of football kits to match our shellsuits. Their brilliant kit matched by the class act from Inter’s trio of Lothar Mattheus, Andreas Brehme and Jürgen Klinsmann. They dispatched England in the semi’s as England’s penalty shootout wobbles began with Pearce and Waddle. And beat Maradonna’s Argentina in the final with left-backs Brehme’s third goal of the tournament. But it wasn’t just great football and the emergence of African football which stands out. There were 16 red cards in total, with two coming in the group game between West Germany and the Netherlands. Frank Rijkaard decided to use Rudi Voeller as a spittoon, my over-riding memory from that iconic kit. Incidentally, my hometown team have had many an iconic kit in their time, and before this World Cup sported the same design. Arguably better as it was sponsored by Guinness,  but that’s a personal thing. 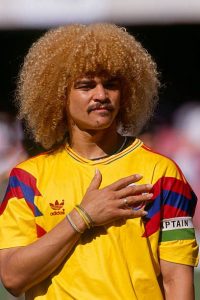 It was, of course, a great tournament for kits and flair. Honourable mention has to go to Colombia and their captain Carlos Valderrama and his marvellous blond afro. Rocking both a bright yellow home and red away shirt that would not have looked out of place at the Milan San Remo, the skilful midfielder was easy to spot as he ran the midfield.

Costa Rica brought a black and white striped away kit to honour Italy’s Juventus as they played Brazil in their former stadium. The USA and Romania all brought great kits too, but you’d have to look at USA 94 for those countries as they were without a doubt topped by the later efforts. The Brazil kit will always be iconic. You cannot think of football, without images of Pele’s masterclass and deserved title of Greatest of all Time. Romario wore the 1994 Brazil jersey to a winners medal and the iconic blue away kit for the infamous baby celebration with Bebeto. But over-riding memories of the USA 1994 cup will always be Diana Ross missing a penalty in the opening ceremony, and it finishing with the legendary Roberto Baggio repeating the trick. 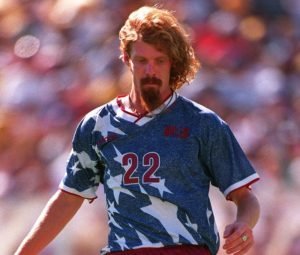 But at least England didn’t miss a penalty this time, helped by the fact they were watching it at home after not qualifying. Hosts USA were there though, wearing my favourite ever World Cup kit. Alexi Lalas made headlines a few months early as he scored as the USA beat England 2-0. And he looked every inch the rockstar in their star-spangled banner influenced kit. Thomas Brolin also inspired Sweden in an iconic kit to 3rd place.

For us Irish, we had Andy Townsend’s blond hair, another stunning Ray Houghton goal to cheer, and John Aldridge. In a game in searing Florida heat, boss Jack Charlton was already fuming at trying to get water to the lads on the pitch. Aldo lost his cool too and indicated to the 4th official how long he had been trying to get on the pitch. At the time we all thought he was sticking two fingers up, so loved it. The iconic World Cup Kits did not stop there. 1998 saw another host of beautiful kits for the world stage. Romania were the only people who watched USA 94 highlights in preparation and thought they’d replicate Townsend’s hairdo with their own attempts to match their shirts. Salas and Chile, Suker and Croatia, and the Reggae Boyz of Jamaica all stole the jersey show.

In domestic football, there are also many classic kits. Liverpool’s Candy and Crown Paints for obvious personal reasons. But for balance, I asked a bunch of football fans all over the world to give us their favourites and why. If we’ve all missed any, put it in the comments below.

Leed’s 90’s Thistle shirt for me. Tony Yeboah for the win. 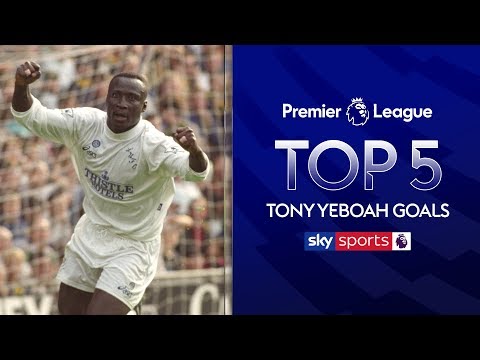 Every Boca kit is iconic, But got to be Inter Milan’s Pirelli kit. Norwich 1992-94 Kit for their European run is standout, but you can’t forget Hull’s 1992 Tiger kit. Horrendous. Ajax ‘s ABN-AMRO kit. Edgar david at his finest with a kit to match