You could easily fill a page with a list of the memorable goals that he scored. You could fill 2 pages of goals that were just pure genius and you could complete a dictionary with a list of superlatives that describe a superb 11 years with Arsenal. The “Non-flying Dutchman” was just simply a legend of the game.

Dennis Bergkamp went on to achieve 3 Premier League titles, 4 FA Cup trophies and a Player of the Season award in the double trophy winning 1997/1998 season for Arsenal.

As a striker, Bergkamp’s goal-to-game ratio remains among the best in Premier League history—even though he retired more than 15 years ago. The Dutchman was a bit of a late bloomer, taking some time to settle at Arsenal after he moved to the Gunners from Inter Milan for a then-record fee of £7.5 million in 1995. But once he did, there was no looking back.

Before joining Arsenal, he struggled to enjoy his football in Italy for Inter Milan as the team’s focus was on defensive organisation and solidity. He felt isolated up front and was not able to perform to his full potential and so the move to England came at a perfect time in his career.

His arrival signalled a change in direction for the North London team who were formerly known as ‘Boring, Boring Arsenal’ while George Graham was in charge. Bruce Rioch was the manager who brought Dennis in and even though he managed the Gunners for a season, he would always be remembered for bringing in a player that would act as a positive catalyst for the club. He did have a goal drought at the start of his career at Arsenal with him failing to score in his first 7 games which mounted the pressure on him to turn his performances around and that exactly what he did. Bergkamp confounded his critics with 2 stunning goals at home against Southampton and his brilliance started to properly shine from that moment.

In September 1996, Arsene Wenger was picked to be the next manager but he needn’t have worried as the Frenchman had clear plans for his star man as Wenger claimed that Dennis’s presence and aura at the club had been a gift and a blessing when he arrived.

Under the management of Wenger, he defined football in England’s top division. The Netherlands legend dazzled audiences with his mesmerising vision, sublime passing, and goal-scoring abilities. A player of great elegance and grace, Bergkamp had everything that a top-class number 10 should have – vision, technique, intelligence, creativity, and most of all, the perfect passing ability.

For those first three seasons, Bergkamp was Arsenal’s most important attacking player, and he led the team to finish ahead of Manchester United to win his first Premier League title in 1998 (scoring 16 goals) where he won the Player of the Season award. He also achieved the double that season as Arsenal beat Newcastle 2-0 in the FA Cup final to crown such an excellent season for the Dutchman.

That season he scored the Goal of the Season as he calmly controlled a long ball with his right foot then swiftly shifted the ball past the Leicester defender with his left without the ball touching the ground before opening up his body and curling the ball round the keep with his instep. Pure genius.

Wenger said at that time: “He scores his goals from outside the penalty box like a midfielder, and also he needs fewer touches on the ball to score. Sometimes just one, when others need two or three. I don’t think there’s anybody better in the world.”

His role continued to evolve as his position shifted to complement his dynamic, athletic and quick striker partners including first Nicolas Anelka and then more famously Thierry Henry. The combination of Henry and Bergkamp was unmatched as the front two led the line securing another Premier League and FA Cup double for the Gunners in the 2001/02 season.

Again you have to mention another Goal of the Season from him against Newcastle in 2002 when he received a quick pass from Robert Pires but he used his first touch to spin the ball around the defender while he spun round the other way. He finished the glorious move by simple slotting ball the ball past Shay Given into the bottom corner. Such an audacious goal which most likely will never be replicated again in the Premier League.

At 34 years of age, he remained an important player in the invincible 2003/04 season as the team stormed through the league to win it comfortably. Even past his peak, Wenger could not let him go as the Frenchmen knew that he such classy operated who had a huge influence in the dressing room. Many of the younger players would look up to him for wisdom and class on and off the pitch.

Although he may not have had the high number of goals like Thierry Henry achieved, his scoring and assist record was still very impressive with a total of 120 goals and 94 assists for the club (87 goals and 49 assists in the Premier League). His goals make him the 10th highest goalscorer in the club’s history which was not bad for a player that did not score tap-ins.

He eventually retired at the end of the 2005/2006 season as Arsenal left Highbury but no fan could ever forget how much of an inspiration he was to the millions of people that watched him over the 11 years at the club.

His well-formed technique was created at the youth team training ground at Ajax and his tough character was formed at inter but his best years would always belong to Arsenal. 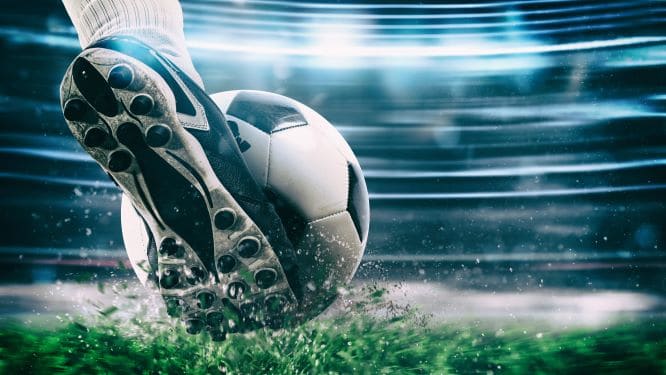