After a miserable campaign for the Gunners, finishing 8th in the Premier League and bailing out of the Europa League to former boss Unai Emery’s Villareal, Mikel Arteta’s side are faced with the task of regaining qualification into Europe after missing out for the first time in 26 years.

This will be a crucial window for Arteta and technical director Edu Gaspar who will be keen to rejuvenate an Arsenal side well in need of repair. Here we will look at the key areas that Arsenal must address in the transfer window.

At the start of last season Arsenal boasted real quality in between the sticks, with Emiliano Martinez pushing to start after impressing immensely during the latter months of the season following the shock injury to Bernd Leno in Arsenal’s capitulation away to Brighton. Since then, the sale of Martinez to Aston Villa has caused issues for Arsenal with the London side seemingly unable to replace the Argentine shot-stopper.

Arsenal had looked to replace Martinez with Icelandic Keeper Rúnar Alex Rúnarsson from Dijon for a fee of around £1.5 Million but glimpses of the 26 year old have done little to convince the Arsenal fans, most notably his error which lead to Riyad Mahrez converting a free kick in Manchester City’s thrashing of Arsenal in the Carabao Cup.

Another acquisition made by Arsenal came in the form of Brighton loanee Matthew Ryan, with the boyhood Arsenal fan given the chance to impress in the subsequent matches after Bernd Leno’s red card against Wolves. Ryan proved himself as a capable backup for Arsenal, but out of contract with Brighton the Aussie is rumored to be edging closer to a move back to Spain with Real Sociedad seen as firm favorites, so who could Arsenal sign?

The Cameroonian had drawn interest from a number of high profile clubs after his displays as part of the Ajax side which reached the Champions League semi-finals in 2019, but after being found guilty of having an illegal substance in his body he received a 12 month ban, recently reduced to 9 months. Although he would be unavailable until November the low fee of £15 Million could make Onana a perfect match for Arsenal. Renowned for his abilities on the ball, Andre Onana could force himself into starting contention with this area of the game viewed as a weakness for German Bernd Leno. Even if second choice, the experience and price of the Ajax keeper should be enough for Arsenal to consider making a move.

In this window Arsenal should be looking to add to their full back ranks with the injury record of left back Kieran Tierney and relative lack of quality at right back a major stumbling block for the Gunners. Seen as a future captain of the London side, since arriving from Celtic in 2019 Tierney has proven himself as one of the best in the business with his defensive awareness and quality in the final third earning him both admiration from the fans and a new five-year contract.

In short, the Scot is highly valued at Arsenal but his recurring injuries mean that Arsenal should look to bring in a backup left back in case injuries continue to hit Tierney. Granit Xhaka has at times been used to deputise for Tierney, but with the Swiss midfielder set for a move to Mourinho’s Roma, Cedric Soares seems the only natural backup for Arsenal. However it could in fact be another Portuguese defender that Arsenal bring in to play this role.

At right back Arsenal’s situation is complicated. Mikel Arteta demands from his right back the sort of tactical IQ displayed by his mentor Pep Guardiola at Man City, with players of this position needing to be comfortable on the ball, with their role being to shift into a defensive three preventing teams from counter attacking in transition. As a result, Arsenal have struggled to fill this role, with Spaniard Hector Bellerin and Englishmen Ainsley Maitland-Niles failing to adapt to the position. In the latter stages of the season Calum Chambers impressed in this position after returning from a lengthy cruciate injury, but could be seen as a marketable asset for the Gunners, meaning Arteta will be looking to add to his options at right back.

Arsenal will be looking for a young affordable understudy for Kieran Tierney and Tavares could be the perfect player. An athletic attacking left-back Tavares possesses many qualities similar to Tierney but would come at a fraction of the price, with the Benfica full back reported to be valued at £7 Million. Although viewed by some as defensively weak, the demands of the left back in Arsenal’s system would mask any apparent weakness in the Benfica man’s game with his pace and strength giving Tavares the potential to excel at Arsenal. The gunners recently completed the purchase of Tavares who has seemingly adapted well to life in London, netting a debut goal in Arsenal’s 2-2 draw with Steven Gerrard’s Rangers.

Although viewed as a centre-back, the profile of White and Arsenal’s clear interest in the Brighton player coud make this a genuine option for Mikel Arteta. Throughout his career, Ben White has excelled in ball progression and retention and his use at right centre back and centre midfield for Leeds, Brighton and recently England could make the Englishmen the perfect fit for Arsenal. In this role, the centre-back would be able to showcase his abilities on the ball whilst seemingly filling the gap required in Arteta’s side at right back.

The critical area for Arsenal to add to this transfer window, with the Gunners possessing low numbers in this areas. With Xhaka and Torreira looking to follow Guendouzi out of the door, Arsenal will be left with only Thomas Partey, Mohamed Elneny and Joe Willock going into the season. Despite agreeing a deal for young Belgian midfielder Albert Sambi Lokonga from Anderlecht, Arteta will need to bring in at least two midfielders ready to make an impact at the Emirates.

Last summer Arsenal failed to capture the Frenchmen from Lyon, put off by the £45 Million price tag and instead opting for Ghanaian Thomas Partey, however due to apparent financial issues at Lyon which saw Memphis Depay join Barcelona as a free agent, Arsenal could potentially land their man for as little as £17 Million. Houssem Aouar would provide a spark in the Arsenal midfield, offering versatility as a Number 8 and 10, and excelling due to his technical ability and calmness in the final third, traits Arsenal have failed to replace since the departure of German Mesut Ozil.

With the imminent departure of Granit Xhaka, former Liverpool midfielder Emre Can should be regarded as an ideal replacement for Arsenal. If Arsenal are to continue the trend under Arteta of deploying an 3-2-5 formation in attack with the left-defensive midfielder covering for the attacking runs of left back Kieran Tierney, Emre Can could be the solution. As displayed at Borussia Dortmund, the German international is comfortable slotting into a back three, which could prove beneficial for Arsenal. In signing Emre Can, Arteta would be able to continue his attacking philosophy whilst potentially gaining defensive solidarity, with Granit Xhaka’s lack of athleticism often targeted by opposition last season. Although an outside shot, at 27 the German midfielder could be exactly what Arsenal need.

After missing out on European football, Arteta and Edu face a make or break season for the London outfit with a lot of work needed to offload the old guard of the club whilst keeping hold of its young stars. Without the income brought in by playing in Europe’s top competitions and the ramification of Coronavirus on the football market, Arsenal must look to operate smartly in the transfer window if they are to return to the top steps of English football. 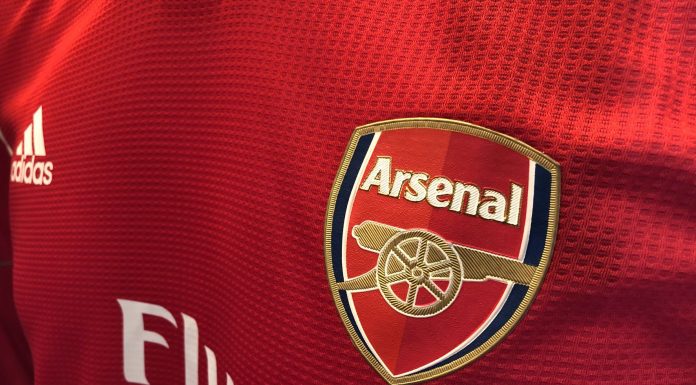