In what turned out to be a nail-biting final match at Twickenham, Leicester Tigers overcame Saracens 15-12 to win the 35th season of top flight rugby union, and in the process, earn themselves a record 11th title.

As far as rugby fixtures go, it’s safe to say the tie was won in dramatic fashion when Tigers fly-half Freddie Burns secured a last-minute drop goal from 25 metres, with only seconds remaining. The game had looked as if extra time was inevitable with the scores level and the Tigers down to 14 men, but Ben Young’s smart pass allowed Burns to kick home between the posts at the death.

Prior to this, the score had flip-flopped between the sides. Saracens drew first blood after Owen Farrell slotted home a penalty following a late tackle by Hanro Liebenberg. The South African would later make amends by scoring the game’s first try to put the Tigers ahead.

Elliot Daly then scored a penalty to narrow the deficit, but Jasper Wiese scored his side’s second try on 35 mins to take the game to 12-6 at half time. Two further penalties from Farrell in the second half then saw the game tied at 12-12, until its dramatic end.

The win now means that Leicester is the most successful team in the history of rugby union’s top competition, despite this being the first time they’ve lifted the trophy since the 2012/13 season.

Leicester were not the favourites

Even though the Tigers have topped the league throughout the season, they didn’t go into the final as favourites. On paper the superior Saracens side had the edge ahead of the match, boasting a number of World Cup finalists and track record for being able to effectively close out games.

With this, the victory is ultimately a reflection of the great work that’s been done by Steve Borthwick in the last few seasons, specifically in how he’s instilled a real sense of structure and resolve to the Tigers side.

The upset caused by the result was palpable for the Saracens side, however, Sarries’ Director of Rugby Mark McCall was gracious in defeat and gave credit where it was due when he told the BBC: “They were the better team and deserved to win the match”.

McCall went on to say how he felt his side could’ve done more: “They trapped us in our half for long periods and backed that up with brilliant defensive work. We were a bit suffocated. We didn’t get anywhere near our best. Hopefully we can use the pain that we’re going to feel over the next few days in a constructive way to come back stronger next summer.”

A moment of redemption for Burns

After the final whistle, all eyes were of course on Freddie Burns who following the game reflected on what many saw as a moment of redemption for the player. The shadow of his infamous try failure in Europe while playing for Bath has long been hanging over him, but this game will certainly have put this bad memory to bed.

In an interview with Premiership Rugby, he spoke of his disbelief: “I was trying to go into this game with the mindset that my happiness is waking up everyday and being able to play for the game that I love and doing the sport I love.

“To have this moment today with a group of players that I couldn’t love any more is just special. I’m a bit all over the shop, I keep having this out-of-body experience and then coming back to it.” 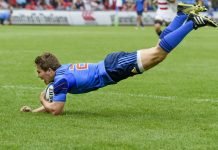 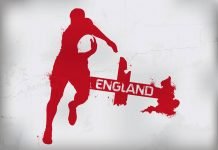