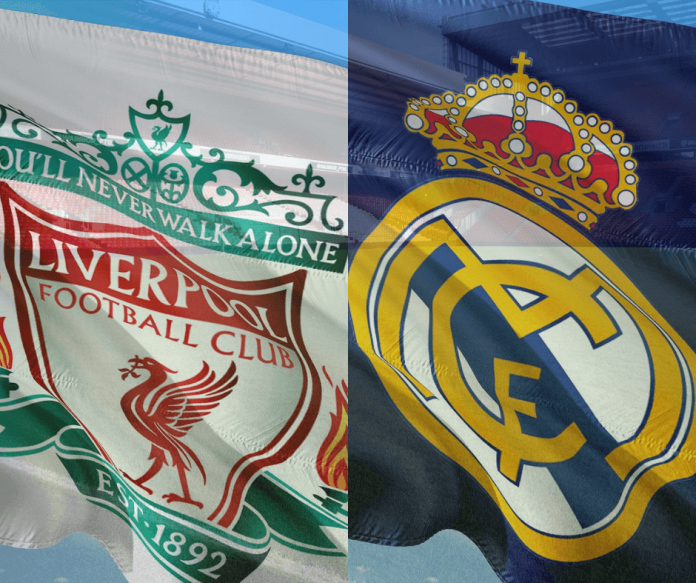 “What a chance, so early on!”, the commentators screamed when Mohamed Salah shoot straight at Thibaut Courtois in the first minute. Little did anyone realize that this was the beginning of a pattern for the first half, and more so the whole game.

Liverpool came into this tie motivated and with a point to prove. They were outside the top 4 in the Premier League and this was their only chance of winning a trophy this season. And they started off like the Liverpool side that we know and love: High press and intense football.

“We had to suffer, I knew it” was Zidane’s reaction in the post-match press conference and he couldn’t have been more right. Madrid didn’t see the ball in the first 15 min with Liverpool relentlessly pressing. The dynamic duo of Kroos and Modric, both extremely tired and under pressure, tried their best to hold on to the sails to keep their team afloat, but Liverpool was knocking on the door.

Things settled as Luka Modrić started to pull the strings, but Courtois still had to pull off an excellent save to deny James Milner from distance. Benzema could have killed the entire tie on the counter, but his intercepted pass smacked against the post to save Liverpool. That chance did completely kill the sting of the game — and Madrid seemed a lot more comfortable and able to contain the pressure from the hosts. Liverpool tried crossing and slipping balls through the middle and at the very least pile on the pressure towards the end of the first half, but other than a high strike from Salah and a penalty shout involving Mané — they were unable to find a vital goal needed to start the comeback, with Madrid hanging on for their hopes for qualification.

As the 2nd half whistle blew there was a sense of optimism from the Liverpool players. They had defeated Barcelona in a famous comeback and were hoping to repeat it once more. But sadly they forgot one thing: This wasn’t Barcelona but the most experienced Champions league team on the planet who also happened to win 3 on the trot.

Liverpool surged on in hopes for an away goal, with Roberto Firmino coming close a minute in, but Courtois was once again equal to it. Then as time passed the experience and class of Real Madrid oozed in. The game was tamed and slowed down much to Liverpool’s discontentment.

Fede Valverde, who started as a makeshift right-back, played an outrageous if not lucky ball forward to Vinícius Júnior but the Brazilian was unable to round his countryman Alisson Becker like in the first leg. Salah and Jota, who came in for the 2nd half, then tried again with a few decent chances but to no success.

As the final 15 minutes crept in there was a sense of urgency from the Reds. They channelled the ball through the centre and to the side hoping to create a goal-scoring opportunity but couldn’t find one. Throughout the match, no matter how good the cross or through ball was, Militao, Nacho and Casemiro were more than equal to it.

As Liverpool searched for a goal, Madrid with 9 players defending, laid back in a low block, as if mimicking Athletic Madrid. As Liverpool tried and tried but it didn’t make much difference as other than a few crosses into the area, the hosts didn’t come close to getting even half of what they needed on the night. Salah tested Courtois once more at the death, but it was a test the big Belgian was always going to pass with ease. The final whistle blew confirming Real Madrid’s place in the semi-finals of the Champions League.

With this result, Liverpool’s hope for a trophy ended in despair, with the Royal whites ecstatic and gunning for their 14th(Crazy to even think about) Champions league.

And just like that, Zidane had guided his side through the most difficult and pivotal week, that too with flying colours.