The birth of the Premier League in 1992 was most certainly a revolution that was televised, and in fact, it was television that played a key role in the competition’s formation. A big-money investment from Sky was too good to resist, and it resulted in the top 22 teams breaking away from the Football League.

The number of clubs has since been reduced to 20, but the Premier League brand has grown into one of the most recognisable in world sport. In this article, we will chronicle the ensuing battle for UK broadcasting rights and its impact on the rise of England’s top division.

For several years, Sky Sports was the only game in town, offering exclusive live coverage of matches, ably complemented by the BBC’s traditional Match of the Day highlights output on Saturday nights.

The investment made by Sky had a major effect on the competition and saw clubs modernise and improve stadiums, in part as a result of the Taylor Report recommendations, and also dip into the international market to bring some of the world’s best players to England.

Sky’s cutting edge coverage, including more camera angles, a fresh take on the concept of punditry, and slick graphical presentation, contributed to making the Premier League the world’s most fashionable domestic league. The muddy fields, crumbling terraces and scourge of fan hooliganism quickly became issues of the past.

Sky had it all their own way for the first 11 years of the competition, with rivals bids comfortably seen off and a domestic monopoly on live coverage maintained. But the launch of ITV Sport in 2001 threatened to be a game-changer.

The new company won the rights to show The Football League and League Cup, and they ultimately earned a slice of the Premier League pie through an on-demand service. For the first time, there was somewhere else to watch top-level matches in the UK.

But the dream of loosening Sky’s stranglehold was fleeting and the heavy investment of more than £300m in TV rights left a huge hole in finances that shareholders were unable to plug. The collapse of ITV Sport saw several Football League clubs suffer the knock-on effect and many are still recovering from the damage to this day.

The next challenger to Sky’s throne was Setanta Sports, an Irish sports network with global operations that already showed Premier League football in overseas markets. It entered into the UK market place just before the turn of the last decade, taking live games away from Sky.

But its fate was quickly sealed, with the Premier League terminating its deal with the broadcaster after the 2008/09 season. Sky had seen off another would-be competitor, but the brand’s growing popularity, new ways to watch matches, including on phone and tablet, saw interest from outside parties continue to grow.

And there was more competition around the corner in the shape of ESPN.

The biggest threat yet

The American brand showed matches between 2009 and 2013, before UK operations were re-badged as BT Sport. The new network retains the ESPN label for one of its channels, but it also included a dedicated family of new platforms to showcase its Premier League coverage.

The Telecoms giants represent Sky’s biggest challenger to date in terms of football coverage, with BT already flexing its muscles with the capture of exclusive rights to show the Champions League, and the signing of presenters like Gary Lineker and Jake Humphrey.

Our first seven of 20 live matches until the end of the season are confirmed 👇 pic.twitter.com/V9ZVo6Iyrz

BT’s current deal runs until 2022, while Amazon have also entered the fray, showing selected matches over Christmas 2019, and signalling their own intentions to wrestle away some of Sky and BT’s market share.

The end of the present season has been carved up almost beyond recognition, with newcomers Amazon earning a slice of the broadcasting rights, alongside the BBC, who will show top-level fixtures for the first time in 30 years. 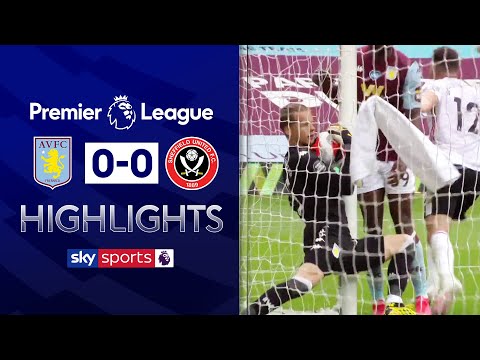 Ironically, we look set for the most predictable title race in years, with Liverpool well clear at the top of the table and the majority of football betting markets installing them at extremely short odds to lift the trophy. But it’s fascinating to see no fewer than four broadcasters now in the UK Premier League picture.

Today, Sky retains the biggest number of live matches, but its dominance has been reduced hugely during the last seven years. And the big winner in all of that has of course been the Premier League, who are undoubtedly relishing today’s highly competitive marketplace.