Rivalries in recent sporting events have been questioned because of a sense of respect between two sides.

A debate recently brought to focus whether Liverpool and Manchester City’s rivalry is the best there has been in Premier League football history. Considering the recent history between the two sides, it is a more than acceptable point of view to take. A look at their accomplishments over the last four or five seasons highlights the duo’s hold on English football, and also their position on the European game.

The past five league championships (including this season, which will go to either Anfield or the Etihad stadium) have been won by either Jurgen Klopp or Pep Guardiola’s men. One of these teams have participated in 4 of the last five Champions League finals with a 5th showdown a real possibility. Add to this list the past five League cup trophies that have been split between the clubs and throw in a couple of F.A. cup finals too for good measure.

How concerning is it that Pep Guardiola and Jurgen Klopp hug and share a friendly word before and after a big game? We ask why Jordan Henderson and Fernandinho aren’t having to be separated in the tunnel before kick off? A la Roy Keane and Patrick Vieira. When did we, the English game, become so… soft? Pointless input from television pundits asking the question ‘Why are they smiling before a big game like this?’ Would you like to know why, Roy? Perhaps we as a species are more evolved than you were. Numerous times the Reds of Liverpool and Blues of Manchester have gone toe to toe and every game could be considered in the conversation for game of the season.

Of course, Guardiola and Klopp want to get the better of one another. They are elite managers with elite winning mentalities. Henderson and Fernandinho want to lift every trophy they play for, every season. Virgil van Dijk and Ruben Dias will put anyone on the floor if it stops them scoring. Mohammed Salah and Kevin De Bruyne won’t hesitate to score that goal which defeats the opposition. And of course the fans won’t sit together and sing Kumbaya My Lord. Respect can be shown in a rivalry, especially one where both teams play a style of football which the world can appreciate.

A similar issue arose during Tyson Fury and Dillian Whyte’s recent boxing match. Questions were raised about why there was no malice at the weigh-ins. The two heavyweights actually hugged, laughed and joked with each other and even swapped baseball caps in a show of respect. This raised questions about whether the friendliness would affect the fight. And you would hope that Fury’s 6th round knockout of his fellow Brit would squash such accusations.

Tyson Fury and Dillian Whyte sparred many, many times in the past. And perhaps calling them friends is a bit of an exaggeration, but similar to Klopp and Guardiola there is a respect between the two men about their careers, about their abilities. Perhaps the only difference is that Tyson Fury, and his rash personality wouldn’t dare suggest Dillian Whyte, or any other heavyweight for that matter was better than him. Which is something the two football managers have both said about each other in the past.

Perhaps it is an egotistical thing in the world of Boxing and Football. It may be that in the past I have contributed to it, as a fan of both sports. And maybe it is unfair to compare these sports with others such as tennis, in which the two stars for many years, Rafael Nadal and Roger Federer were as much friends off the court as they were competitors off it. Sebastien Vettel and Lewis Hamilton, who between them have won 11 of the past 14 Formula One championships, are friends off the track, as they have been for many, many years.

Or maybe it is time we – as boxing, football and other more aggressive sports fans – took a page out of other sport’s books and forget about the need for aggression outside the actual game of football, or the boxing match. I have to say, I love nothing more than a knockout, or a strong tackle on the opposition. But this is where the battles are to be. I want to see my team shake hands with the opposition whether we win, lose or draw. I want to see boxers hug after 12 rounds of brutality. Again, it is respect. Something that is missing in a lot of the world today, the fact it is seen in sports should never be shamed. It should be embraced and hopefully spread. 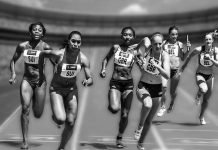 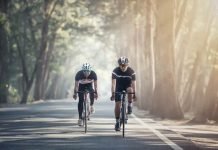 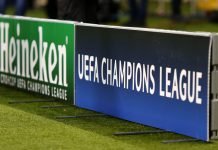