The highlight of sports is the Olympics, there’s no higher pedestal than that. Which means that Olympians are the stars of the show. So why do they have to pay double the price when they’re superstars? Double the price by putting in all those hours of training, competing and qualifying- in addition, having to work full-time or part-time while training full-time, taking out bank loans or begging people for funding. Why is it this way?

Let’s talk about the 2020 Olympic Games in Tokyo. Due to the Olympic Games being delayed, the International Olympic Committee (IOC) is estimated to make between 3 and 4 billion dollars on television rights alone.

An NBC executive even said that the Tokyo Olympic Games could be the most profitable Games in history. That’s a lot of money we’re talking about. It’s not hundreds of thousands or millions, it’s billions of dollars. And yet, much of the money won’t be shared with the event’s main highlight: the athletes themselves.

You must be living under a rock if you aren’t running into ads with Simone Biles or Michael Phelps. These athletes are the exception, not the rule when it comes to plenty of high-paying and well-deserved endorsement deals lined up.

According to a survey of elite Olympic athletes from 48 countries, more than half of them are financially unstable. And this was before the Pandemic crisis. After Covid-19 started, those athlete’s financial situations got even worse due to tournament cancellations.

A clinical professor at the NYU Tisch Institute of Global Sport, Lee Igel, said the following:

“As impressive as someone like Simone Biles is or Michael Phelps has been, their stories get told and their achievements get reported on and analyzed. But there are incredible stories of people who really have to go work in regular jobs, depending on where they are in the world, to earn money just so they can live, and then they’re doing their training on top of it.”

The reality is, Olympic athletes are unpaid amateurs who do what they do just for the love of the sport. And they’re good at it.

A select few sports and nations pay for their athlete’s tournaments and preparation, while the rest have to find a means to get funding. Whether it be through working full-time, part-time, bank loans, or donations.

John Grady, a sports law professor at the University of South Carolina said the following:

“If you’re not a household name, you’re probably not on the top of the endorsement food chain.”

A common misconception by the general public is that Olympic athletes are well-off. They’ve got money and are famous. But it’s far from being the case.

Olympic Medalist Rower Megan Kalmoe lives just above the poverty line. She spends time worrying about how to pay $110 for new running shoes. Unfortunately, US rowing budgets are limited and monthly stipends as well. At one point, she was sleeping in her car to attend a training camp.

Speed skater Emily Scott had to file for food stamps after her monthly stipend was cut down to $600 from $1,950. She shares an apartment with a roommate and works a part-time job. She has no idea how she’ll make ends meet.

Ronda Rousey won a Bronze medal in Judo at the Beijing Olympics in 2008, but merely a few months later she found herself living out of her car. She couldn’t afford to pay her rent. She ended up fighting in the UFC and selling her car on eBay.

It only gets worse. The first African American to win a figure skating medal at the Olympics was Debi Thomas in 1988 at the Calgary Olympics. She became an orthopaedic surgeon after graduating from Stanford and earned her medical degree from North-western. Today, her medical license expired. Now, Debi lives in a mobile home with her fiancé and has filed for bankruptcy. She doesn’t even know where her medals or skates are anymore.

Not to mention the hundreds of athletes setting up GoFundMe campaigns in hopes of funding their tournaments, training camps, training gear and equipment.

The Olympics have painted a picture for the general public. A picture that’s almost too good to be true, and is. When the modern Olympics was revived it was underpinned by values such as fair play and stoicism defined by the amateurs taking part. It was only it the 1990’s that professional athletes were allowed to compete.

And not only are the amateur competitors relying on sponsorship and handouts for their equipment, but they also need to take paid holiday to even attend. The truth is, the Olympics have a magic about them. That magic causes athletes to make risky financial decisions in pursuit of a dream that may or may not happen. Even if it does happen, there’s no guarantee that the athlete will get any form of financial compensation.

As an aspiring Olympian myself, I can tell you from first-hand experience how difficult it is. There have been nights where I wouldn’t be able to fall asleep, thinking about how I’ll pay for these supplements, or those fees, or that training camp, or the next tournament. My family had to make sacrifices by funding me, which put them under financial constraints. My mother suffered the most from this, as she really wants to see me achieve my dreams. But family contributions, donations and bank loans can only take an athlete so far. I had to resort to taking out a loan, and I had to pay it off every week with a 40% interest rate on top. I work as a freelance writer, and I don’t see a single cent of my money saved up. As soon as it comes in, as soon it goes out. It’s not easy.

Ever wonder why rich people always make it to the Olympics? It’s because they have money to get an entire team, consisting of a coach, physiotherapist, sport psychologist, manager and so on. Not only that, but they get to compete at most tournaments which are Olympic Qualifying events and participate in most training camps to get them into top form. So essentially, they are a step ahead.

So don’t be surprised when you hear that 11 royals competed in the Olympics.

If 11,000 athletes each get $100,000 for their participation at the Olympics, it would only cost 1.1 billion dollars to pay them all. So the question is… why is it not happening? 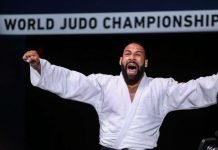 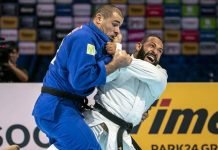