3 wins from 3 in the world cup qualifiers have given England manager Gareth Southgate a chance to rethink and refine his team selection for the opening game against Croatia in the Euros. Here’s our pick for how England should line up for this crucial game.

Images and stats courtesy of the FA. We kick off with a very contentious position which certainly has Southgate scratching his head. Jordon Pickford, Nik Pope and Dean Henderson all believe they are best suited to start for England. Jordon Pickford is arguably the best of 3 with the ball at his feet and has shown to be reliable for England during a successful 2018 World cup. Yet his form this year for Everton has simply not been near the level of the two other contenders. Pope has been decent throughout the season and has already been part of the England setup but simply put, Dean Henderson is the better keeper. He also plays for a high-level team which makes him slightly more suited to England than Pope. For Southgate to maximize his attacking talent, England must line up as a back 4. Kyle Walker is an experienced right-back but offers very little going forward. Following the collapse of the form of the defending champions, Trent Alexander Arnold has suffered a dip in form and is occasionally exposed defensive by elite wingers. However, James has come of age this season with his excellent delivery and passing while providing decent defensive cover. The Chelsea man is essential to the team to dominate the right flank. The Manchester United captain may never be able to justify his world-record transfer fee for a centre back but he is certainly a solid centre back. His errors are typically overblown and scrutinized which means the other parts of his games such as his distribution and ability to step out from the backline with the ball are consistently underlooked. His experience is an added bonus for the young Three Lions. 2020/2021 has seen Stones come back to the fore and establish a strong partnership with his City counterpart Rubian Dias. Southgate should be hopeful the former Evertonian is able to carry his excellent form into the euros. Stones is slightly more mobile than Maguire which is a must in order to deal with quicker strikers who play on the shoulder of the last man. Similar to Stones if the Euros was last year Shaw would most definitely not start as Ben Chilwell was ahead in the pecking order. However, this season has seen the united man reinvigorated providing an excellent attacking outlet on the left flank. His progressive running is penetrative and can provide a very useful weapon for England going forward. In the 2018 World cup England was dominated in the midfield. They simply could not rid Luka Modric and his counterparts of the ball. If England wants to win this game and go far Rice is key to their success. He offers the steel that is necessary so the back 4 does not simply get overloaded. 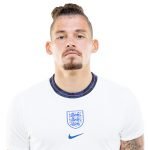 This is undeniably Englands weakest area. The injury to Jordan Henderson is incredibly damaging leaving Southgate with no choice but to choose from a very inexperienced group. Jude Belligigham is an excellent prospect but throwing him into the middle of the park in a major international tournament might be a step too far at the moment. Fans have suggested dropping Mount into a double pivot or set up in a 4-3-3 but this would prevent a lot of the attacking ability from our full-backs. Kalvin Philips has proven to be useful as the engine in a high pressing Leeds side and providing extra steel to act as a platform for our attacking options is imperative. Out of all the players England can play as a number 10 Mount is the most unique in his skill set. He provides significantly more defensive cover and can lead the press. Over this season his developed an eye for goal and although his creativity is not elite, his off the ball running is essential to our attack. Unlike many of the other options, Mount does not always want the ball to feet which means his runs can split defences and creating passing options This year has seen a new media darling. Fans and pundits have consistently pressured Southgate into playing our best creative outlet. His dribbling and creativity is one of the best in the country and it will be up to him to provide the spark to break down defences It wasn’t so long people were extremely critical of the City winger who had a reputation for being awful in front of goal. Yet the past few years has seen the winger mould himself into an elite winger providing pace, dribbling, creativity and finishing. Sterling’s reptation can be further elevated with an impressive Euros The most obvious candidate, the spurs man has been the best player in the Premier League this year. He racks up goals and assists for fun and he probably has more chances of winning a trophy with England than at Spurs. With a World cup Golden boot already it won’t be a surprise if Kane is targetting another one here and you would not put it past him.