With a few weeks left of the season to go, Manchester City and Liverpool are perfectly positioned to win the three trophies that are up for grabs.

They are clearly the two best clubs in the country and they have been miles ahead of the rest of the competition in the league with the incredibly high standards they have set.

The team have been blessed by having a variety of players on hand to perform a job on the pitch and their consistency has been unrivalled. That’s why both teams still have a chance to compete for the three major trophies that can be still won this season.

Both teams have individual styles of play with Man City who love to play possession football but can carve you open with their forward talent, while Liverpool is a dynamic, high energy team who love to press high and win the ball high up the pitch.

Both teams still need to face each other first in the Premier League at the Etihad on 10th April and then again in the FA Cup semi-finals at Wembley the weekend after. There is also the possibility that they could meet each in the Champions League Final.

If you’re a casual fan, you’ll love to see these big matchups with the high-quality players and best managers that could change the momentum of either team’s season.

At the moment, Liverpool has been the team in form and they look less likely to slip up. They have managed to get games wrapped up compared to Man City who in recent weeks have struggled to get a win against Crystal Palace and Tottenham Hotspurs.

On recent form, Man City could be the ones to drop points if they are not careful but every season has its twists and turns and there is still a long way to go.

The Reds have just been on a run where everything seems to be going their way. Alisson has been solid in between the sticks and the defenders with Van Dijk leading the line have not been conceding any goals.

Things went their way in the game on Sunday in the FA Cup against Nottingham Forest. The Championship team had chances to win the game but could not find the back of the net and Liverpool capitalised on that.

The momentum is with Liverpool as they have managed to close the gap to Man City in the league from 14 points from the 15th January to 1 point now. They are also riding high from getting into the semi-finals of the FA Cup and getting Benfica in the quarter-finals of the Champions League.

The feeling is that the FA Cup will carry the least amount of pressure for them to win as Man City has been so dominant domestically and Liverpool has already won the League Cup.

The other two competitions will be of more importance to the two teams and the crucial point for the title race will be the game at the Etihad where Liverpool have only won there once since 2015. Other than that game, you don’t see either team dropping many points until the end of the season. 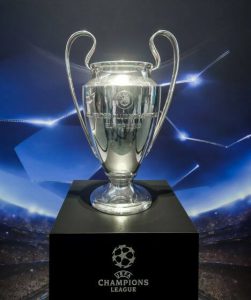 Man City we also surely have a lot more focus on the Champions League as they want to do one better than last year when they lost to Chelsea in the final. It’s an elite competition that has bought the best out of the squad but the Champions League trophy has been missing in their trophy cabinet and the one they desperately want their hands on.

For both Liverpool and Manchester City, they have been playing consistently well all season in the domestic and European competitions but it could turn out to be an incredible one if everything goes to plan.