The moment the football season was suspended, any resolution became inherently unfair. Issues of the Golden Boot, Champions League qualification, Europa League qualification, lucrative final league standing positions and, most importantly of all, relegation were all to be decided. The league winners are Liverpool, nobody should be silly enough to question that with a 25 point lead at the top of the table. But everything else was up for grabs, so how should the season finish? Aston Villa currently sit in the bottom 3 having played a game less than Watford and West Ham, who are both just 2 points above them in the league. Had Villa won that game in hand, Watford would drop into the bottom 3. As a Brighton fan, that would suit me quite nicely. Brighton being the only other club in immediate relegation danger, on 29 points and just 2 clear of West Ham, Watford AND Bournemouth (who occupy the final relegation place). Norwich sit bottom on 21 and whilst almost everyone would agree they’re effectively relegated, they wouldn’t and Delia Smith certainly wouldn’t. Their fixture list includes Brighton (H), Watford (A) and West Ham (H). Points in those games would be vital for all concerned and would potentially reshape the relegation zone.

If you cancel the season and don’t relegate any teams from the Premier League, you have a problem from the Championship leaders. West Brom and Leeds, in either order, have been the top 2 for almost the whole season. Do they deserve to be denied the payday of the Premier League? Financially it would be a disaster for both teams to be denied a promotion, considering their expenditure on the squads this season. One of the suggestions has been to promote both of them for a 22 team Premier League in 2020/2021, but then you’ll need to explain to Fulham why they’re not allowed to play their final 9 games to try and make up the 6 points they are behind West Brom, 7 points behind Leeds. Then you have at least 10 teams who will all claim they were in the shake-up for the remaining 3 play-off places. Relegation/Championship Promotion aside, the fight for the Champions League places was the hottest it has ever been. With 5th now being good enough to qualify (potentially!), 7 teams are fighting for 4 places. Leicester will feel they’ve done enough to be guaranteed to join Liverpool but they went on a 4 game winless run before winning their last fixture. They could have a nightmare end to the season and fall away. Arsenal could win 7/8 of their remaining 10 games to close the gap and if Wolves’ Europa League campaign is suspended beyond the end of the resumption of the Premier League season, they would feel confident of making up the 2 points on Man United, 5 points on Chelsea. Sheffield United sit level on points with Wolves and have arguably the best goalkeeper in the country between the sticks and a team functioning beyond the strength of all of its parts.

And then we get to Tottenham who will benefit, arguably, the most from the postponement of the season. If the season resumes, they will have Harry Kane back fit and available for selection. If there had been no postponement, he would have played a handful of the final games, only. Now he could feature in their final 9 fixtures which is a massive advantage for them and a nightmare for the teams left to play them. Is it fair that Tottenham should have Kane available for all the fixtures he would otherwise have missed without the resumption? Any mandated decision to rule recovered players ineligible would be a minefield to enforce and almost certainly unworkable, but if Kane hits a dozen goals in the final games there will always be the argument that he shouldn’t even have been allowed to play.

However the season is concluded, there will always be an Asterix next to the league table. Gary Neville spoke of a “festival of football” to end the season and the prospect of a World Cup style finale is incredible to consider and surely, finishing the season is the preferable option. Nothing will be as fair as just letting the season run without interruption but a conclusion is essential to maintain the sporting integrity of the whole football pyramid in the UK. If lockdown has taught us nothing else, surely it is that value of sport. 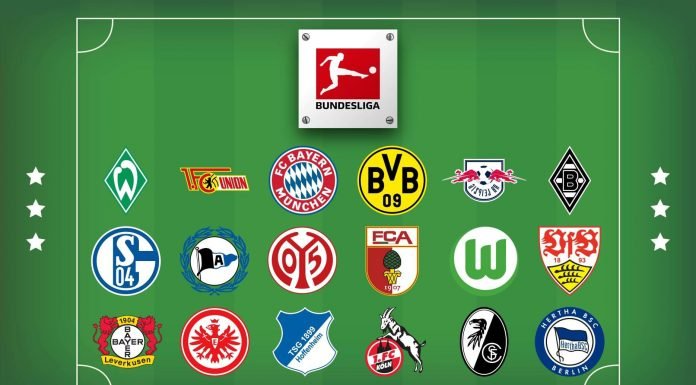