There is one thing that is certain in this sport and that is clay court specialist Rafael Nadal winning the French Open. But why is Rafael Nadal so good on clay?

Nadal has won 13 titles at Roland Garros since he made his professional debut in 2005 where no player has managed to win that many at the French Grand Slam tournament.

He raced to victory by defeating the number one seed Novak Djokovic this year at the French Open. What makes the Spaniard ‘King of Clay’ an unstoppable force in the French Open?

The 34-year-old numbers at Roland Garros have been simply incredible. He extended his win of titles and he became the first player to reach 100 wins by beating Djokovic at the French Grand Slam tournament.

In 2012 Nadal surpassed the previous record of six French Open titles which was won by Borg between 1974 and 1981.

“I was around the era where I thought I was watching the greatest – I was at the time – Borg. Nadal eclipses him,” said McEnroe, a Roland Garros finalist in 1984.

Nadal’s trademark weapon has always been ferocious forehand which has troubled many competitors.

Michael Chang, a former winner of Roland Garros as a 17-year old in1989, mentioned that Nadal’s superior movement and athleticism is what helps him on the clay court.

“He has the uncanny ability of being able to hit a lot of forehands and move very well on clay,” said Chang

“He knows how to manipulate the angles to build to get people out of position. He’s the one manipulating, making you move and putting you in awkward positions to the point where he has easy cutaways.” The ball slows down more on the clay court surface than grass which enables Nadal to use his movement and athleticism to position himself on the court to tee up his powerful forehand.

This also allows him to hit the ball with more power and accuracy with the hotter summer temperature in mainland Europe helping the ball generate more bounce.

The conditions at Roland Garros suit Nadal’s game perfectly as well as the size of the court as it allows him to return far behind the baseline and play on the front foot.

However, in 2020, the conditions for the Spaniard was far from perfect.

He knew going into the tournament, the colder temperatures in Paris and the heavier baller provided would cause a few more problems for him on the court.

It was even hinted because Nadal would not be able to get the ball as high, Djokovic would have a better chance of winning but without dropping a set, the Spaniard still won.

During the match, Nadal hit 31 winners and made 14 unforced errors, playing with controlled aggression on the court.

Jim Courier, a two-time French Open Champion, believed that Nadal would have been helped by the condition against the top seed.

Courier stated on ITV that “Maybe the slower conditions helped him. Rafa was able to get to the ball and land the blow with so little risk because he has so much spin on the ball.”

The former world number two, Michael Chang, believes that the left-handed Nadal has the advantage as all his shots spin the other way. He also believes that his game would not be as effective if he was right-handed.

He stated that “The strong forehands always come into a right-handed player’s backhand, hooking him off the court, and the inside-out coming back the other way, it is tough to cover.”

The clay court surface is the natural surface for Spanish players with there being about 100,000 courts across the country.

So it comes as no surprise that Nadal has been one of many Spanish players who gained success at Roland Garros. The familiarity is what makes Rafael Nadal so good on clay, he refined his game based on the bounce and game of the clay court.

18 of the past 25 male champions have come from the nation where the tournament has been a special achievement for the past winners.

The Majorca-born player first started to practise at his local tennis club in Manacor at the age of four with his uncle Toni – the man who developed his skills and coached him until his retirement in 2019.

Nadal came from a small town of 40,000 people and the local club had up to seven clay courts. Due to the sunny climate in Spain, the clay courts stay in good condition which has enabled Nadal to train all year round.

Also, it had been advised that children developing their game should play on the clay courts as the surface is easier to move on and means there is less chance of getting injured. Nadal started moving on the clay court very early in his career, which shows in his game as a 34-year-old player. What are the major clay court tournaments?

One of the 4 Grand Slams, and the most famous clay-court tournament in Tennis.

What has Rafa Nadal won on clay?

The History of Clay Tennis Courts

The French Open is associated with its red-clay courts but the early clay courts were first in England, a far cry from the green grass of Wimbledon. Modern clay courts come in red clay and green clay. The former is often made from crushed brick, the Rubico green clay is less common and uses crushed basalt (volcanic rock).

How does the court surface affect a tennis game?
The big difference is the speed and height of the bounce. Clay is the slowest surface with a slow bounce so games tend to have long rallies which favour players with endurance

The sand enables the tennis players to slide with reduces injury. 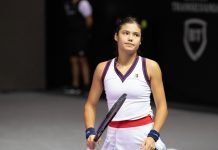 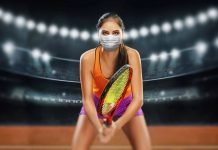